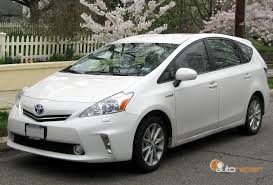 As gas prices continue to rise, more and more people are starting to purchase hybrid vehicles, such as the Toyota Prius, for their unbeatable fuel economy. Although hybrids have been on the market since 1999, many people still aren’t that familiar with how they operate and how they differ from a traditional, non-hybrid vehicle.

Unlike a conventional vehicle, a hybrid vehicle uses multiple forms of energy for propulsion. They still house a fuel tank and combustion engine, but they are coupled with an electric motor and battery pack. The electric motor will draw power from the battery to give the acceleration an extra kick. However, hybrids are not the same as electric cars. Hybrids primarily use gasoline as the main energy source but utilize electric components to collect and reuse energy that would normally go to waste in a stand vehicle.

How do hybrids get better fuel economy?

When a hybrid car is stopped in traffic, special software shuts off the engine. When the driver releases their foot from the brake pedal, the software then signals the car to automatically start back up again. Not only does this method increase gas mileage but cutting down on idling, but it also cuts back on tailpipe emissions.

Another cool ability that a hybrid has is that it can absorb energy from the momentum the car generates while coasting downhill or slowing down. In standard cars, the energy in this momentum would be wasted as heat in the brakes.

The specifics of a hybrid will vary depending on the auto manufacturer and the technology used. If you need hybrid car repair in Lombard, call J1 Auto repair today!