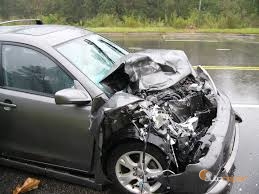 If you’ve followed the report for previous years, it shouldn’t be too surprising since Fort Collins has occupied the number one position for past three years. For the last nine years, they’ve ranked in the top ten. The average frequency of accidents between drivers in Fort Collins is 28% lower than the national average. In Fort Collins, the average time lapse between accidents is 14 years! Quite impressive to say the least.

For some of us, it may be more beneficial to know which city has the worst drivers so that we can avoid it as best as possible. Sadly enough, our nation’s capital has the worst drivers in the country where on average drivers are involved in an auto accident every 4.8 years. Way to represent, Washington D.C.  Maybe Fort Collins can teach our capital a thing or two about safe driving.

Wondering where your city ranks? Click here to check out the full report.

Award for the city with the safest drivers goes to… was last modified: December 30th, 2015 by J1 Auto Repair