Self-driving cars are all the rave right now in both the tech world and the auto world. Google is paving the path right now with their smart car that can self-navigate by using GPS data, sensors, and an onboard computer. 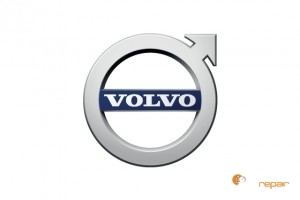 But instead of making cars smarter, what if we made roads smarter instead? Volvo recently conducted a research project where they built a roadway fitted with magnets underneath the pavement. The idea behind this project is that cars equipped with sensors would be able determine their position on the road. Volvo believes this is a safer solution than autonomous vehicles because of a lower margin of error for positioning inaccuracies.

Though innovative, the idea isn’t financially feasible. To upgrade the roads with this technology, it would cost approximately $39,362 per mile. With nearly 40 million miles of roads, that’s a whopping $157.5 billion! Not to mention the cost of maintenance.

Another thing to take into consideration is that since the roads are public owned and operated, governments would be in charge of constructing these new roadways. Currently, 32 percent of the nation’s streets are in poor or mediocre condition. If the government struggles to keep our current road systems maintained, successfully building magnetic roads doesn’t look too promising.

Sorry Volvo, it’s a good idea in theory, but it’s just not practical at the moment. But in the future—maybe. We’ll just have to see what’s in store for us.